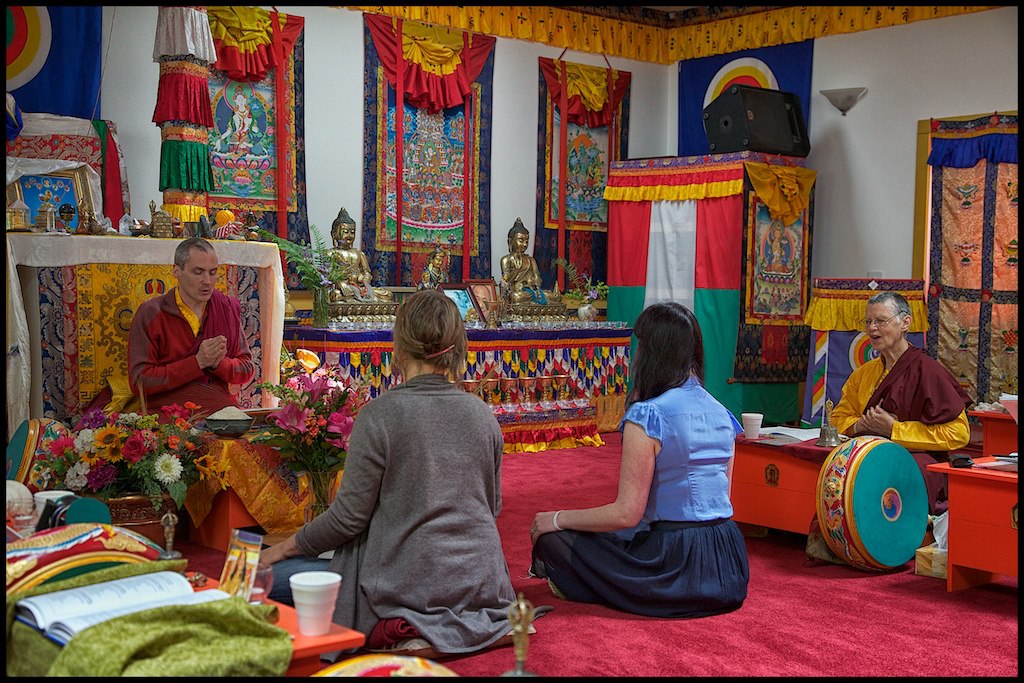 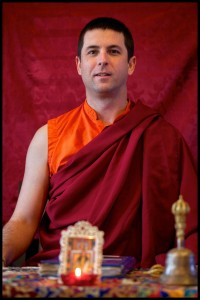 American-born Bodhi Lama Orgyen Zangpo (Kunzang Lama) met his root teacher, Great Perfection of Wisdom Lineage holder Dzogchen Khenpo Choga Rinpoche, in 2003. Since that time he has devoted his practice to the vast and profound teachings of the Dzogchen Lineage. He has received extensive Dharma teacher training during numerous Buddhists retreats and extended Dzogchen Lineage Internships both as a student and director. Orgyen Zangpo has also served as the guiding Dharma tutor of the Dzogchen Dharma Center of Eugene, Oregon. He is authorized by Khenpo Choga Rinpoche as a Bodhi Lama, a Buddhist Teacher, and taught the fundamental principles of Buddhism in the U.S and Asia. In 2008, he realized his long-held
aspiration to receive the preliminary monastic vows from his kind teacher. Orgyen Zangpo is recognized for his clear and direct teaching style with an emphasis on making
the Dharma accessible and practical for modern students. He has dedicated his life to
preserving and propagating the authentic teachings of the Buddha for the benefit of all beings. 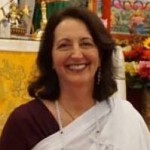 Carrie Ure (Padma Zhenpen Tso) is a longtime practitioner and authorized Dharma Teacher of The Buddha Path under the guidance of H.E. Dzogchen Khenpo Choga Rinpoche. Bodhi Lama Carrie met Rinpoche in 2004 and she has studied closely with him since that time, attending numerous retreats and organizing many of his local teachings and events. Bodhi Lama Carrie is a founding member, board member, and current Vice President of Dzogchen Shri Singha of Portland. She is also Secretary of Dzogchen Shri Singha Foundation. She completed her first three-month Dzogchen Lineage Internship in 2012, where she took formal Upasika Bodhisattva vows. She taught the 2015 Chotrul Düchen Retreat at Dzogchen Retreat Center USA and teaches weekly in Portland. 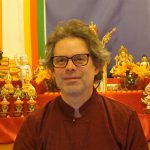 Tim Ros (Orgyen Mitok Dorje) first encountered Tibetan Buddhism in 2006 through his mother, Judy Ros and friend Erik Jung. Since November 2011, Dharma Acharya Tim has been a serious Dharma practitioner and student of Dzogchen Khenpo Choga Rinpoche. He attended the 2013 One Month Dzogchen Lineage Internship, where he took formal Upasaka Bodhisattva vows, committing himself to help others connect with the teachings. Dharma Acharya Tim currently serves as Secretary of Dzogchen Shri Singha of Portland.

After many years of casual study, Dharma Acharya Andrew Morse (Orgyen Kunzig Dorje) became a practicing Buddhist in 2011. Since then he has increased his happiness and decreased his suffering through learning, contemplating and meditating Dharma. He took formal Upasaka Bodhisattva vows and became an authorized Dharma Teacher of the Buddha Path during the 2013 Dzogchen Lineage Internship under the guidance of H.E. Dzogchen Khenpo Choga Rinpoche. Dharma Acharya Andrew has served on the DSSP board since 2013 and currently serves as President. Drawing on a wide range of interests and experiences, he teaches in an engaging and passionate way. His heartfelt aspiration is to be the greatest condition for all beings’ happiness. 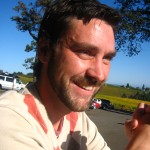 Sangha Mitra Rodney Yoder (Padma Palden) has been a student of H.E. Dzogchen Khenpo Choga Rinpoche since 2003. In addition to attending many retreats with Rinpoche, Rodney was authorized as a Dharma Teacher of the Buddha Path and Upasaka Bodhisattva in 2010 after completing his first three month Dzogchen Internship. Rodney is currently the Treasurer of Dzogchen Shri Singha of Portland, and has been a board member for many years. Born the son of a Mennonite pastor, Rodney formally studied philosophy at the University of Oregon. He brings this rich background in religion and philosophy to his teachings of Buddhism. 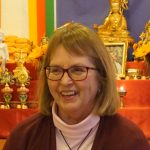 Kathy Murphy (Padma Menzang Tso) has studied with H. E. Dzogchen Khenpo Choga Rinpoche since 2003. She has attended many Dzogchen Buddha Path seasonal retreats and took refuge in Portland in 2011. After retiring from a successful accounting career in May, 2017, Sangha Mitra Kathy fulfilled her longtime aspirations to attend her first Dzogchen Lineage Internship and take Upasika Bodhisattva Vows. She is passionately committed to helping all beings, including her children and grandchildren, to attain True Happiness. Sangha Mitra Kathy currently serves as a Director of Dzogchen Shri Singha of Portland and Dharma Teacher of the Buddha Path. 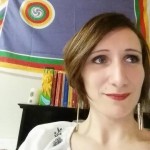 Sangha Mitra Devi Anderson (Padma Ozer Tso) found the Dzogchen Buddha Path Lineage in 2011, just ten days after restarting her life in the Portland area. She became devoted to formal practice in Spring 2013. Her diligence in practicing The Buddha Path and attending as many teachings and retreats as possible, has greatly changed her body, speech and mind for the positive. During the 2015 Dzogchen Lineage Internship, Sangha Mitra Devi fulfilled her longtime aspiration and formally took Upasika Bodhisattva Vows. She has served on the DSSP Board of Directors as as Secretary and Vice President and currently offers Buddha’s teachings Tuesday evenings at The Portland Dharma Center. It is Sangha Mitra Devi’s greatest aspiration to continue to inspire others and to embody Buddhist teachings for the benefit of all beings.

Effective immediately, the Portland Dharma Center is temporarily suspending all in-person gatherings and meetings. However, we will broadcast our scheduled teachings and practices! To join the teachings at their scheduled times, follow either of these steps: To join the video … Continue reading →

Our in-person meetings are paused for now. However, we will be broadcasting our regularly scheduled teachings and practices!

Our Special Teachings page can be found here.

We have gathered together all of our important links and resources online in one place at linktree. Just click on the link and you will see a treasury of buttons. Click a button and you will go right to the link. May all beings benefit!

Our Sunday Group Practice has returned! Each Sunday, we focus on a selected practice from our root text, The Buddha Path and the Concise Buddha Path on the Buddha Path app. Today, Dharma Acharya Andrew Morse leads Concise Sutra Practice.

Monday teachings focus on  Buddhist View and Fundamentals, with group practice as part of the teaching. Teachings are given free of charge and all donations help maintain the Portland Dharma Center.

Bodhi Lama Carrie Ure brings her unique style and characteristic humor to teaching the Buddha Path. All materials are provided and all sincerely interested students of any level are welcome.

We continue our Wednesday series of teachings on Buddhist Fundamental Principles. Everyone is invited to attend and participate. While teachings are given free of charge and all donations go toward maintaining the Portland Dharma Center.

Dharma Acharya Tim Ros teaches Buddhism for Everyone on Saturdays, beginning in January 2021. Tim teaches on a variety of topics within the Dzogchen Buddha Path system with a precise and methodical manner that is easy to grasp for Buddhists and non-Buddhists alike.

Dzogchen Shri Singha of Portland is a 501(c)(3) nonprofit that operates solely through the generosity and support of Sangha and generous sponsors. Dharma teachings are always free, but a suggested $5 donation for our weekly teachings supports the maintenance and activities of our Dharma Center. No one will be turned away for lack of funds.