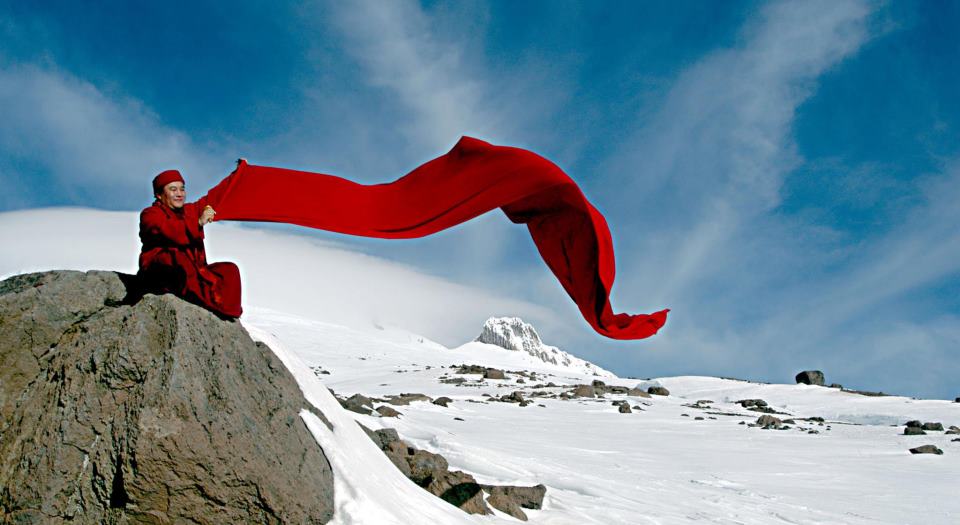 Dzogchen Shri Singha of Portland (DSSP) is a 501(c)3 non-profit organization whose mission is to spread authentic Buddhist teachings and to support the enlightened Dharma activity of Great Perfection of Wisdom lineage holder Dzogchen Khenpo Choga Rinpoche in the Pacific Northwest and beyond.

Rinpoche was born in the holy Dzogchen region of Tibet, where he began training in Buddhism at the Dzogchen Monastery at the age of five. He has been recognized as the reincarnation of enlightened Tibetan master Gendün Chöpel, the emanation of Manjushri, the Bodhisattva of the Buddha’s Wisdom. He received the transmissions and teachings of the Sutras, Tantras and Shastras from forty-two Buddhist masters and the complete empowerments and instruction of the Dzogchen Tantras from his root masters Khenchen Padma Tsewang, Drupchen Chatral Chochyab, and Guru Dechen Namdrol.

Rinpoche studied and taught the five major sciences of Fine Arts, Medicine, Linguistics, Philosophy, and Buddhism, as well as the five minor sciences of Poetics, Synonymy, Prosody, Drama, and Astrology for ten years at the Dzogchen Shri Singha Five Sciences University. For seven years he meditated in the Siltrom Mountain caves in the Dzogchen region, under difficult conditions, with little food and only a few tattered clothes. During that time, he recited millions of mantras and was directly granted the blessings of Buddha Shakyamuni, Padmasambhava, Shri Singha, Bodhisattva Manjushri, Avalokiteshvara and Tara.

For more information on H.E.Dzogchen Khenpo Choga Rinpoche and the Dzogchen Lineage, visit The Buddha Path.

Thanks to Anatoly Petrenko for the gorgeous photos used on this site.